Okay full disclosure, this title is half clickbait. This is actually a story about a scammer claiming to be Rihanna asking me to hack their bank account and send their “brother” money. The majority of this will simply be screenshots of the conversation as it happened. I built a small script to resemble a banking system and eventually the “FBI” got involved. Here’s how everything unfolded: 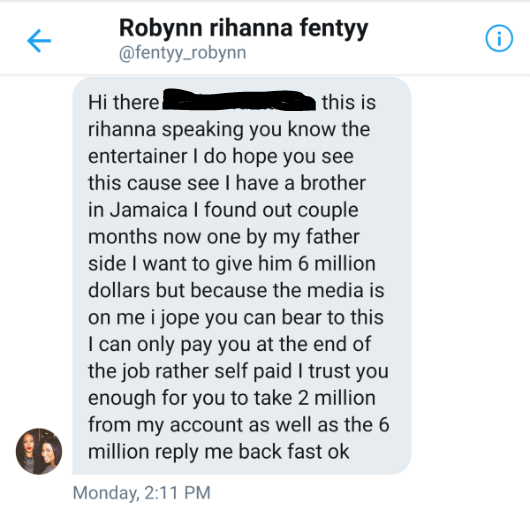 The message that started it all. 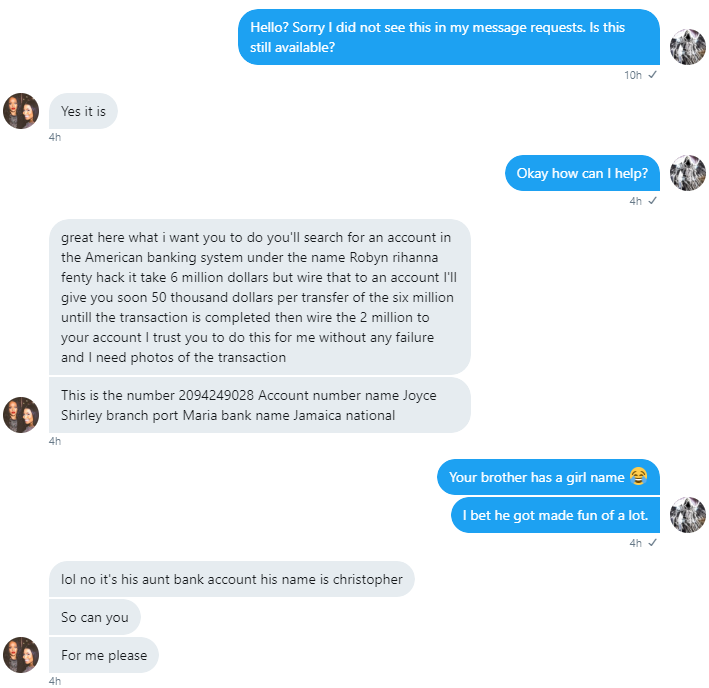 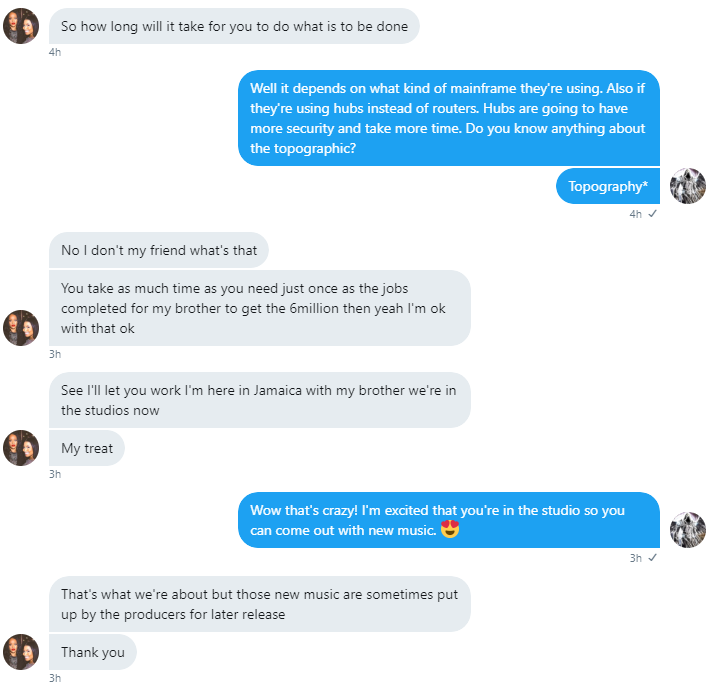 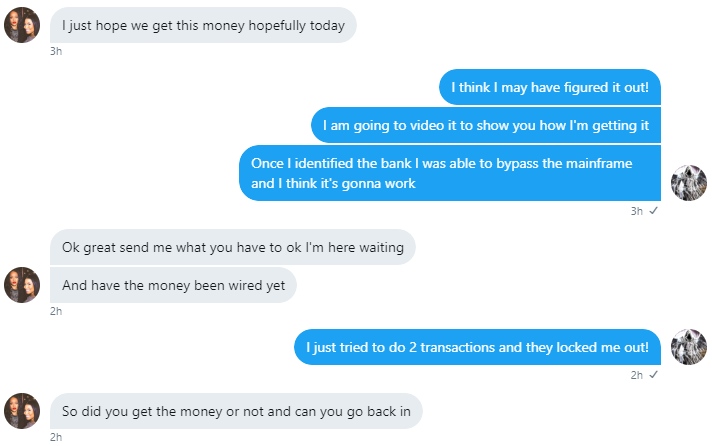 At this point, I had created my own custom script to resemble a banking system and I sent them this video of me “hacking the bank account” which is where things get interesting… 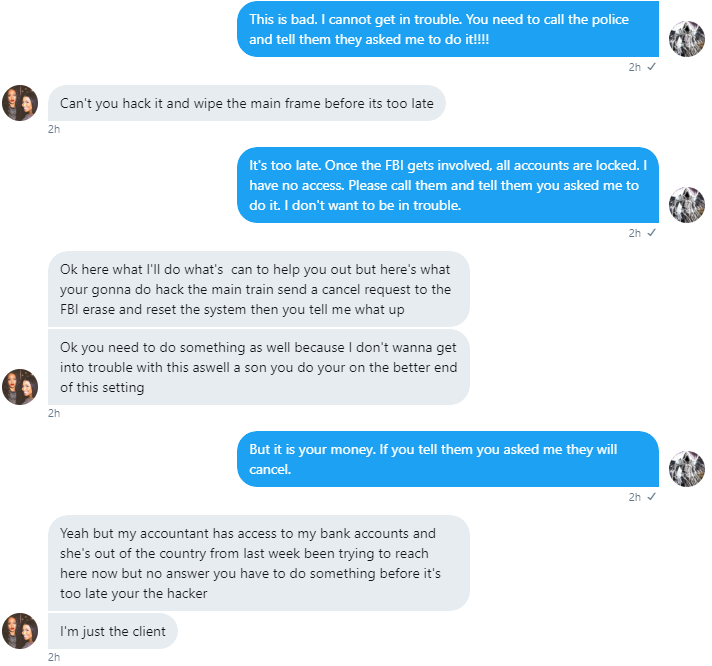 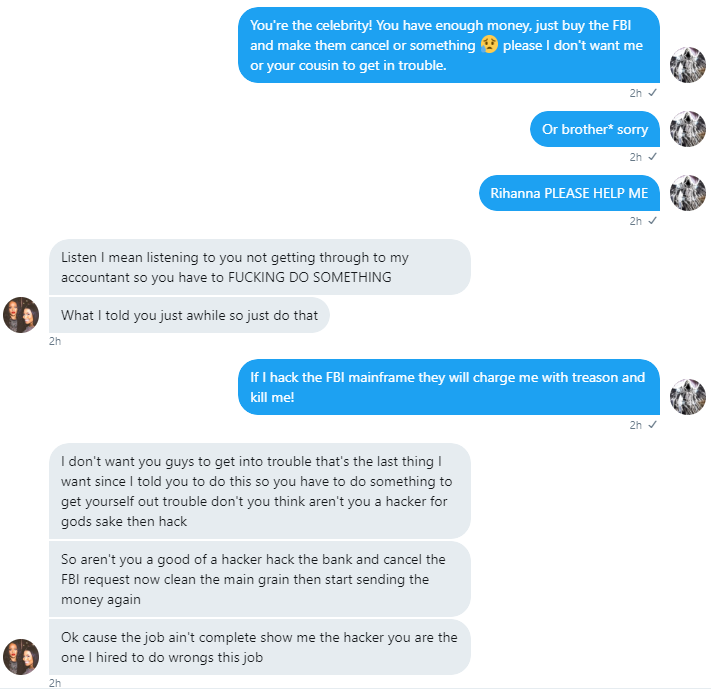 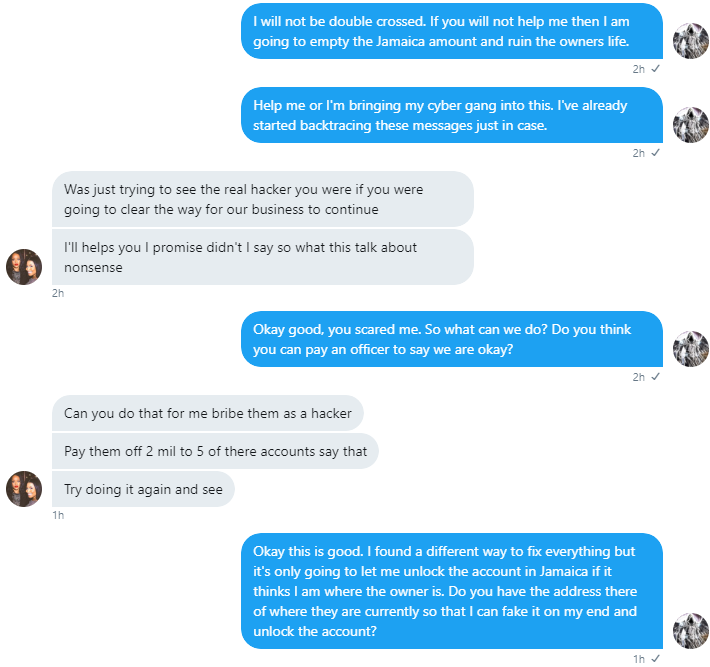 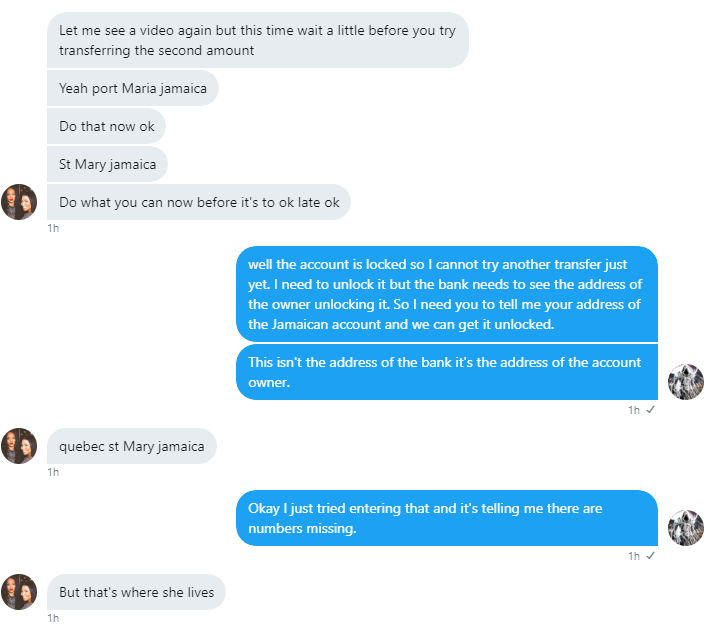 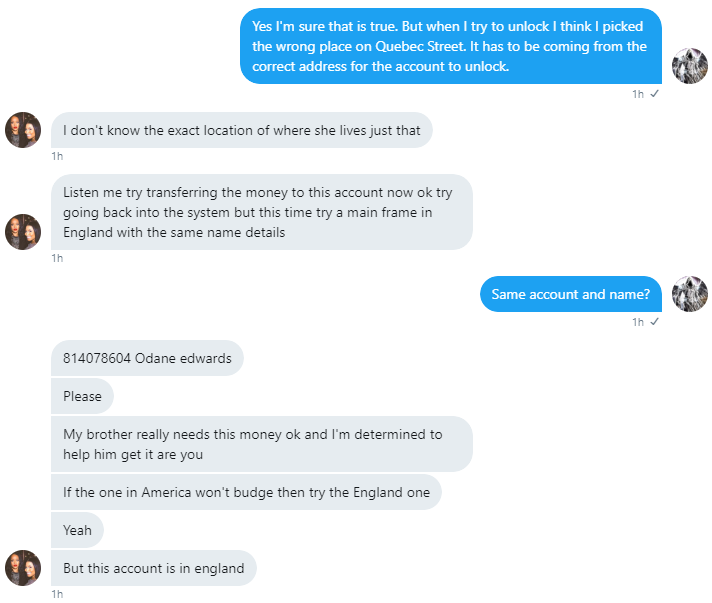 Tweeting this here because I am linking to it and need a place to put it. Sorry for the notifications :) pic.twitter.com/Gz2R8bZbwo

Hoping this new banking “error” lets me pressure them into forfeiting an address. 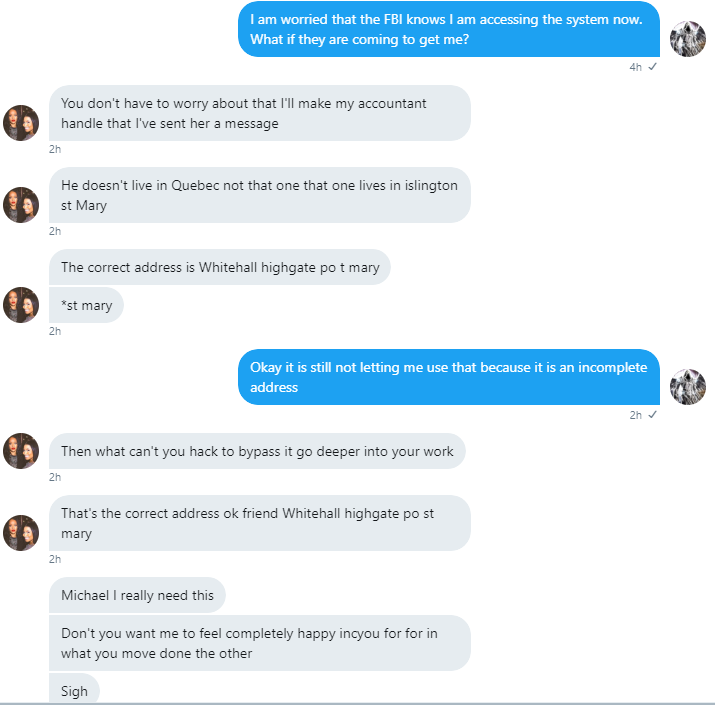 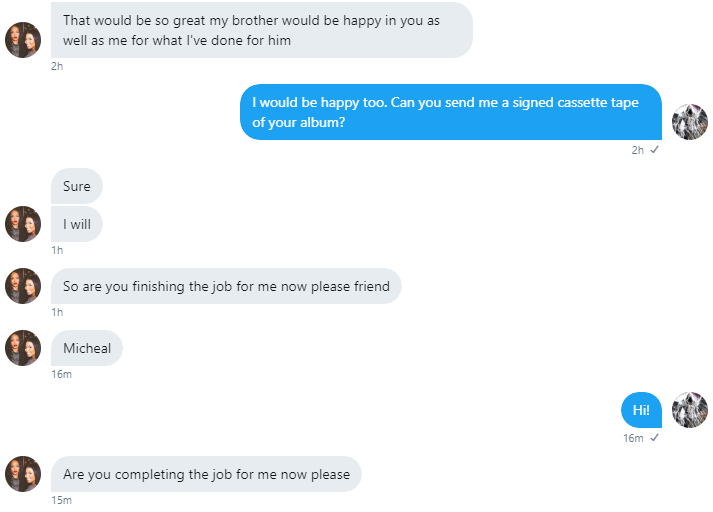 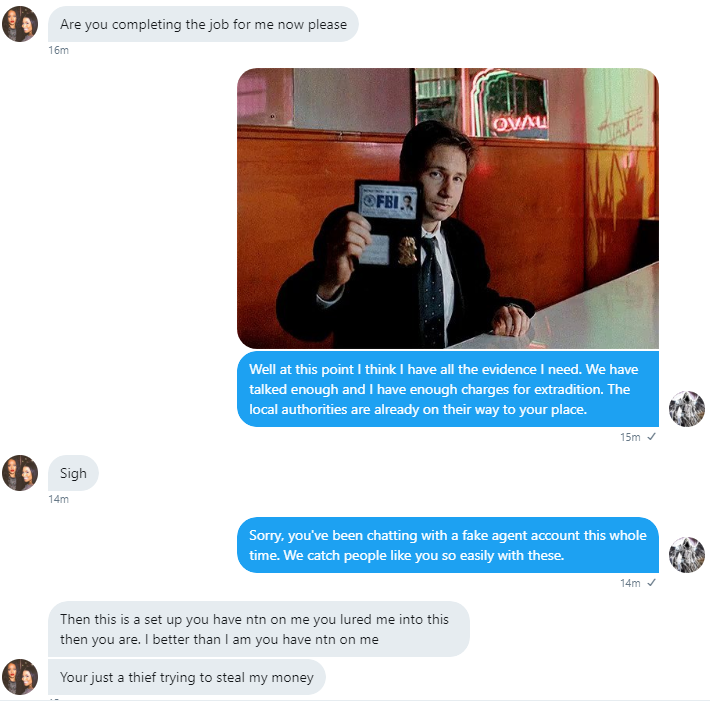 If anyone was wanting to use the cheap little script I used here, I uploaded it to GitHub. Most of it is written to manually produce specific results no matter what you type because I didn’t want to take time to write out actual options that affected the outcome. Some day I may build it out more if I engage more scammers regularly or if someone wants to contribute to it.